The first one to crash

"Mazda product development chief Philip Martens also
confirmed that his team were working on a more powerful
turbocharged RX-8 that would pump out in excess of
250kW and be available in around 2004. That's in addition
to word from inside Mazda that the next generation
two-door RX-7 will also be based on the RX-8's platform but
not appear in showrooms until 2004 at the earliest.. "

RX7 DEAD and the RX8 it's replacement?
I doubt it.
The RX7 is Mazda's flag carrier...RX8 will be cool and capture a bigger market but... they will have to make an RX7 weapon to give the RX8 credibility.
There is room for both, I bet they make both... 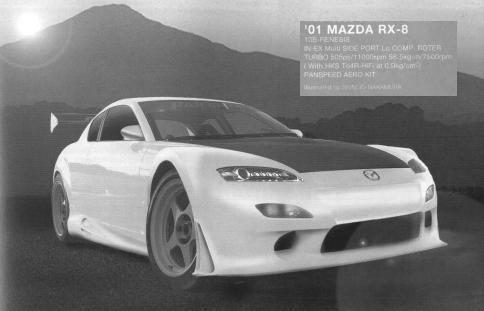